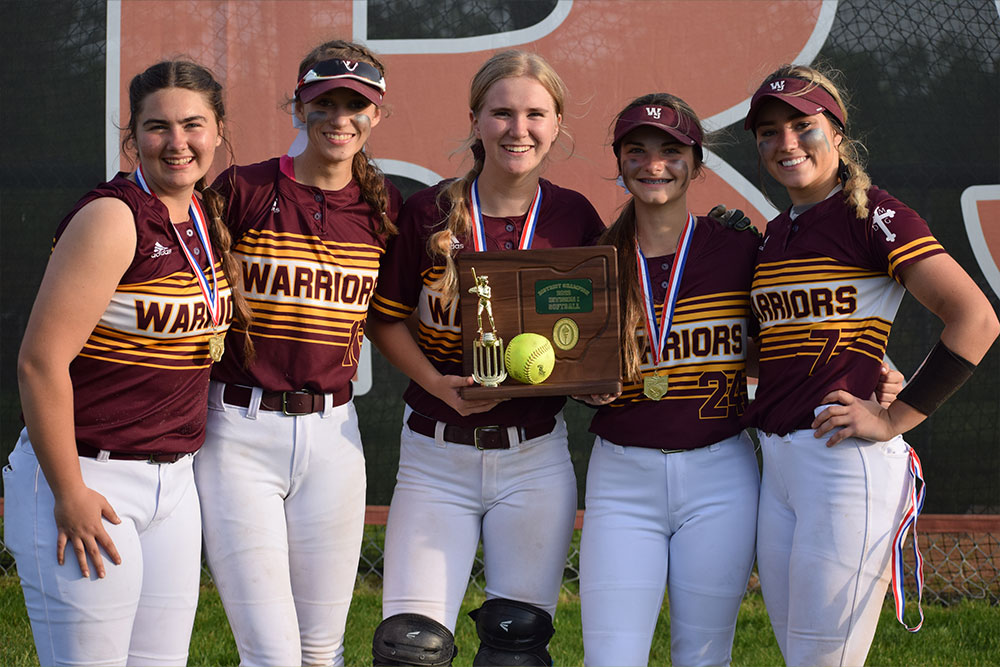 McKayla McGee and Sienna Tepley had RBI singles in the first and second inning, respectively to put Walsh ahead early and Zoey Schmitt made great plays from the center field position in key situations helping to hold Boardman to 1 run.

Susa (13-2) struck out 12 and gave up an unearned run in the third before catcher Caleigh Shaulis made arguably the biggest play of the game in the seventh inning.

With one down and Josie Porter on second, Shaulis had the ball pop out of her glove for a split second. She picked it off, fired a strike to Tepley’s glove and Porter slid into the leather for the second out.

“That play was monumental,” Tepley said. “If we don’t make that play we don’t score and it’s in extra innings. It got Natalie hyped to strike the next girl out. She needed one more strike and you saw what she did. She grounded out to me.” 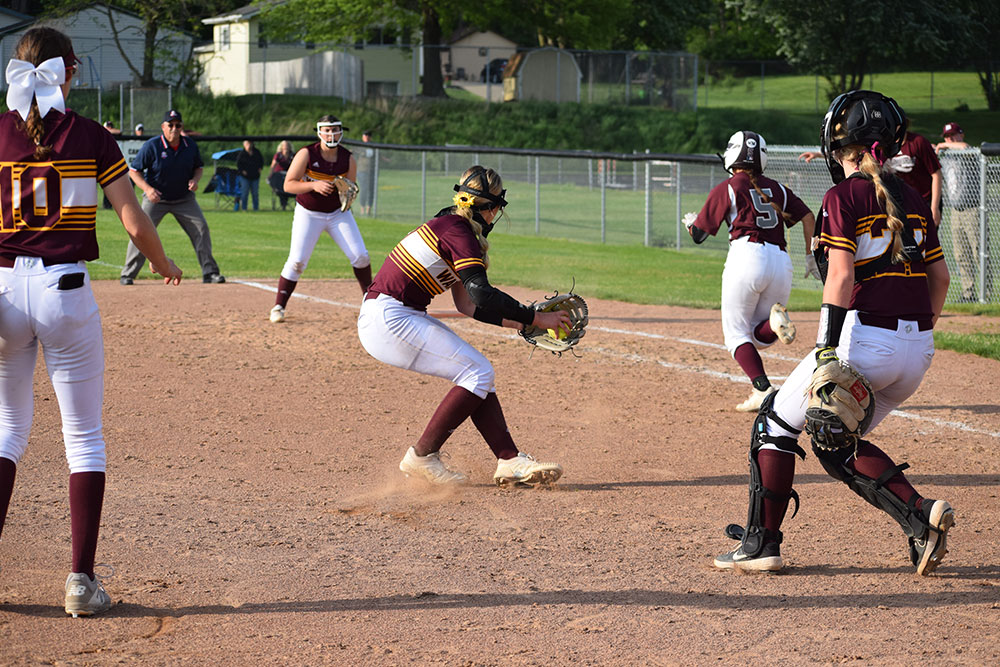 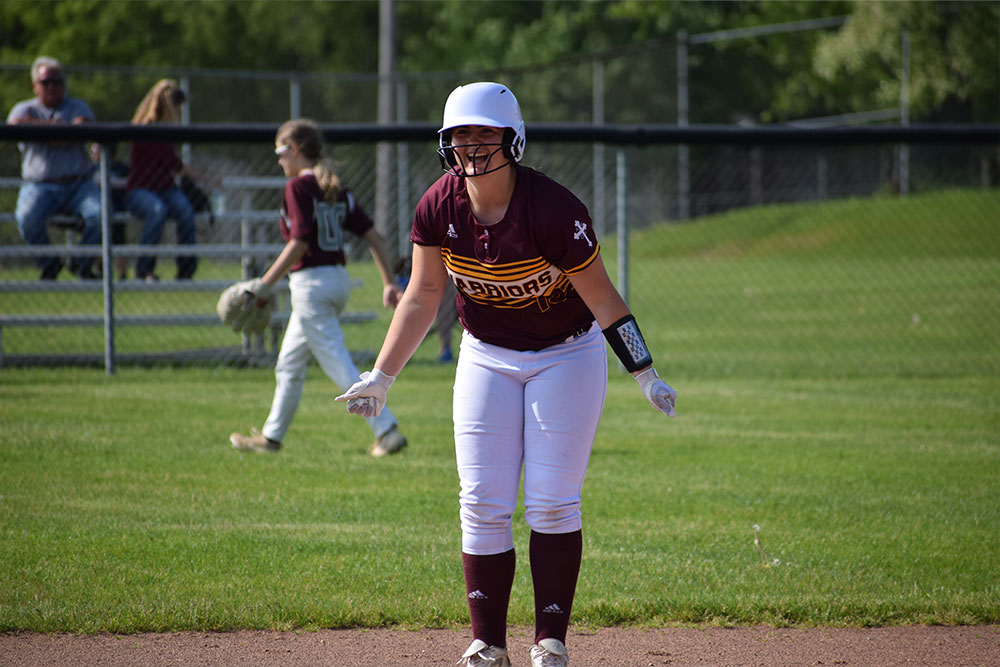 McKayla McGee celebrates after driving in the first run of the game vs Boardman at the Distric Final game in Massillon, Ohio. 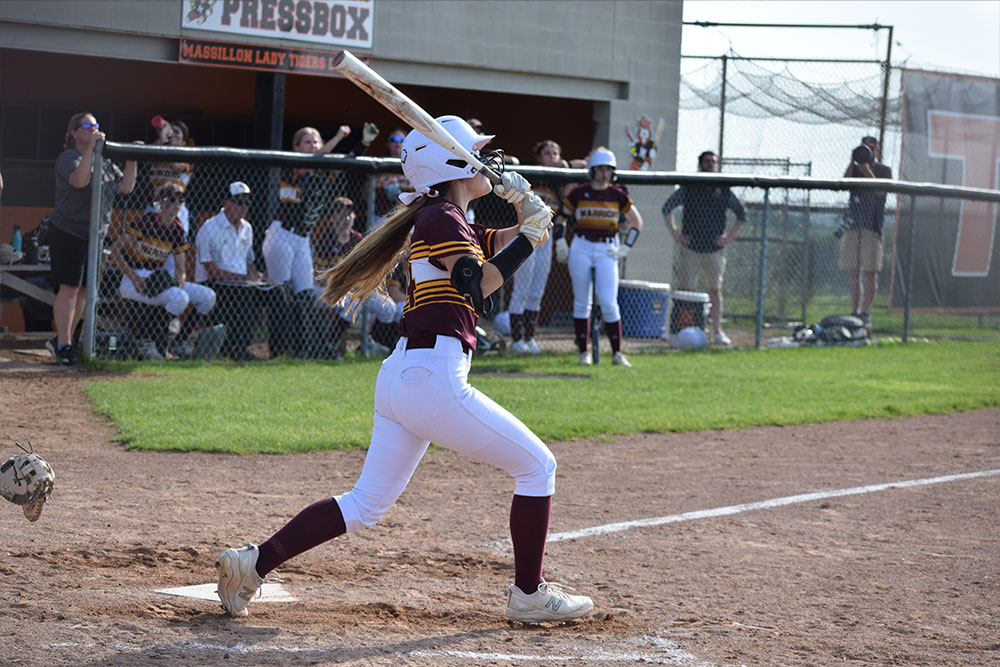 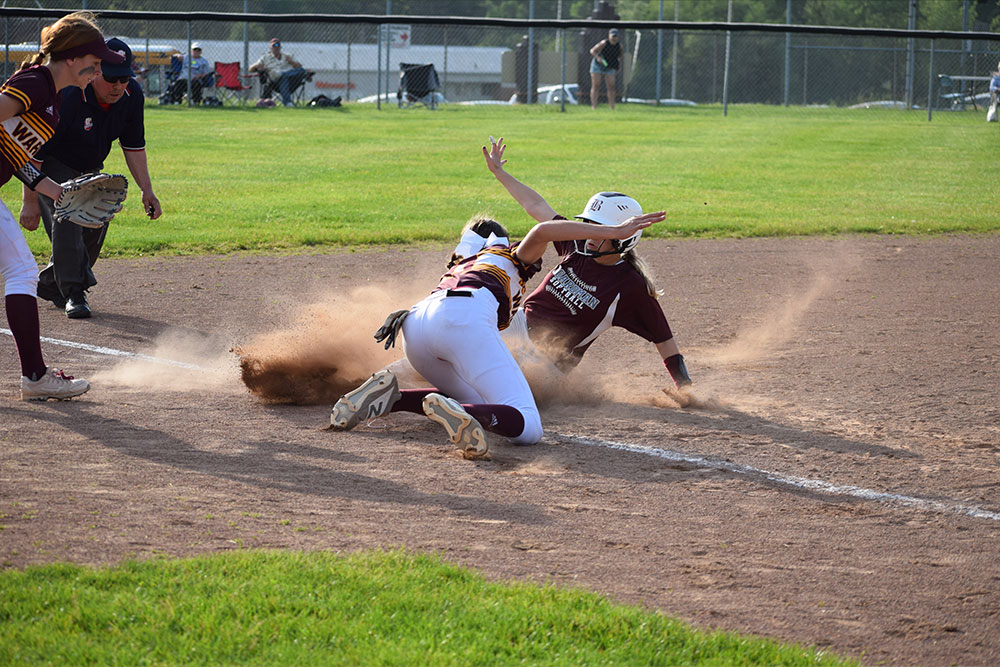 Sienna Tepley makes the tag on a runner from a throw from Caleigh Shaulis in the top of the 7th inning.