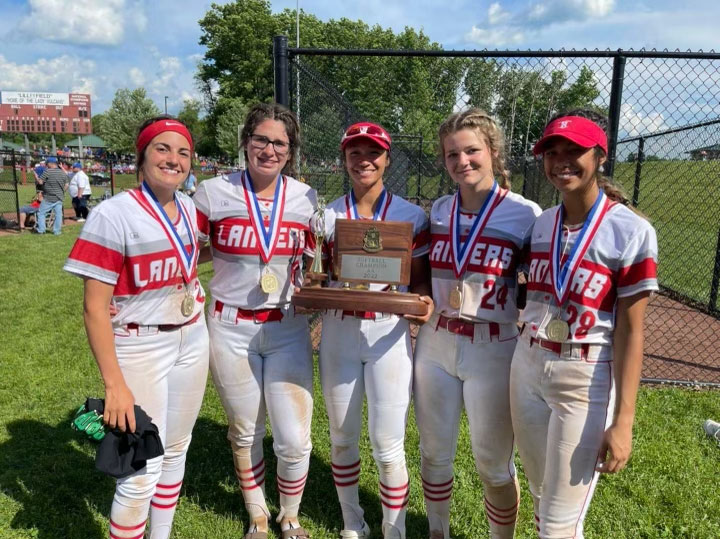 Neshannock is a small western Pennsylvania public school and is playing for the WPIAL 2A Championship on Friday.  The team is led by five players who play for the Ohio Outlaws organization.

Ohio Outlaws 07 Premier – Quinn has two players, Addy Frye and Gabby Quinn who start as freshmen and play key roles for Neshannock.  Frye leads in many offensive categories and is the staff ace in the pitching circle with a 15-0 record.  Quinn anchors third base and is a middle of the lineup bat who is among the team leaders in runs batted in.

Ohio Outlaws 06 Sharek is represented by Sophomore Ali Giordano.   Giordano is a two year starter at second base.  Ali provides solid defense in the middle infield and has a very reliable bat.

Junior Aaralyn Nogay represents Ohio Outlaws 05 Metts on Neshannock’s team.  Aaralyn is a very solid shortstop and a speedy lefty who leads the team in runs scored and is among the team leaders in batting average.

Fordham commit Neleh Nogay represents Ohio Outlaws 04 – Griffin and is the only senior on the Neshannock team.  Neleh is a center fielder with blazing speed who covers tons of ground in the outfield.   A multi tool slapper, Neleh is Neshannock’s lead off batter and is among the team leaders in runs scored and batting average.  Neleh leads the team in stolen bases.

Good luck to these Outlaws  in the District Finals.